Every year fearsome creatures rampage through a tiny village in Georgia to demand gifts in return for a bountiful spring.

Head east of Tbilisi into Georgia’s Kakheti region and somewhere between Sagarejo and Sighnaghi, you’ll find the tiny village of Didi Chailuri.

It’s a sleepy place. Most visitors pass it by on their way to Telavi, Sighnaghi and Lagodekhi.

But in spring Didi Chailuri comes to life and a pure, unfiltered energy takes over the streets.

The energy of the Berikas.

Berikas are masked figures. In the past they covered themselves in animal hides. These days they use whatever is at hand – from feathers and ribbons to coloured paper and torn shirts.

They cavort through the dusty streets of Didi Chailuri and cause all kinds of mischief.

Berikas are an integral part of Berikaoba, an ancient pagan fertility festival that also serves as a political satire of sorts.

In its heyday, Berikaoba was celebrated throughout the country. Today only a few villages in keep the tradition alive.

It was barely 11 a.m. when I made it to the head of Didi Chailuri’s main street, one of only two that you’ll find on any map.

An eerie quietness had descended on the village. I watched in curiosity as a dainty, silver-haired woman shuffled to the roadside. She was carrying a loaf of bread and a repurposed plastic bottle filled with orange-tinted liquid – homemade wine.

I could hear a rumble coming from over the hill. Then, through the glare of the sun, a stampede of jumping, shrieking masked figures appeared, armed with whips and the intention to wreak havoc.

The Berikas galloped down the street and lashed the pavement as if they were heading to battle.

Before I knew it, there was a square face of feathers, lambskin, and what looked like bloody teeth inches from mine. He screamed and I felt it in my spine.

Stunned, I stared back into piercing brown eyes beneath the mask. Then I felt something cold smeared across my face. It smelled like fresh rain and wet earth. It was mud.

I wasn’t sure how to react. I stared back into the eyes of the Berika with nervous laughter and noticed that, beneath the giant mask, inside the opening lined with makeshift teeth made from bloody pumpkin seeds, the Berika was smiling too.

The slathering of mud is a cheeky reminder that Berikaoba is a sacred day. And in order to keep it sacred there’s no frowning allowed, muddy-faced or otherwise.

Ultimately, it’s a admonition not to take yourself so seriously, one we could all do with from time to time.

The Berikas are also the final authority as to whether it’s going to be a fruitful spring or not.

Villagers attempt to get in their good graces by plying them fertility-oriented tithes.

As the Berikas galloped down the street they were bestowed with everything from baskets of warm baked bread and freshly collected eggs to live chickens and two-litre bottles of ale.

Somewhere in between the banshee cries, flicked whips, and muddy caresses, the Berikas made it to the end of the road and on to an open field.

Here they were joined by the rest of the village for more festivities, including chidaoba wrestling, a sampling of local family wines and a final performance by the Berikas in the form of folk theatre.

It seems these giant monsters have an affinity for the arts.

Masked up and still terrifying as ever, the Berikas performed traditional folk plays that centred on the struggles Georgians have endured throughout history, always ending in a mighty victory, of course.

After the performance, the Berikas slipped away to a special home where they tucked into the offerings from the village in one massive feast.

The rest of us were left, fingers crossed, to hope for a spring that was better than the last one.

Melanie is a story obsessed photographer, writer and self-proclaimed khachapuri connoisseur. She's currently based in Tbilisi where her time is mostly spent feasting on kharcho and qvevri wine, diving into Georgian culture, and ruin hunting. 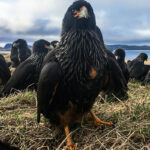 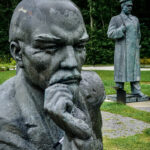 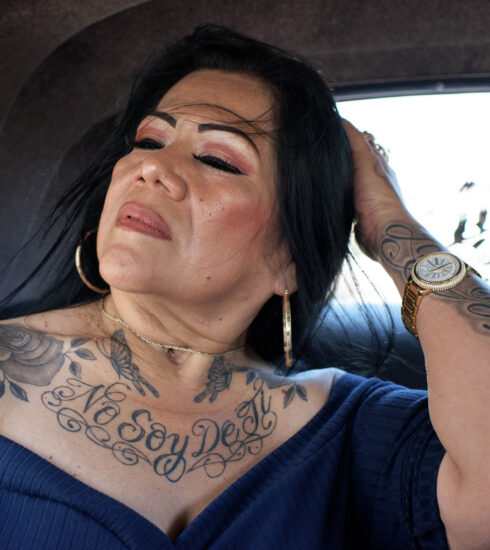 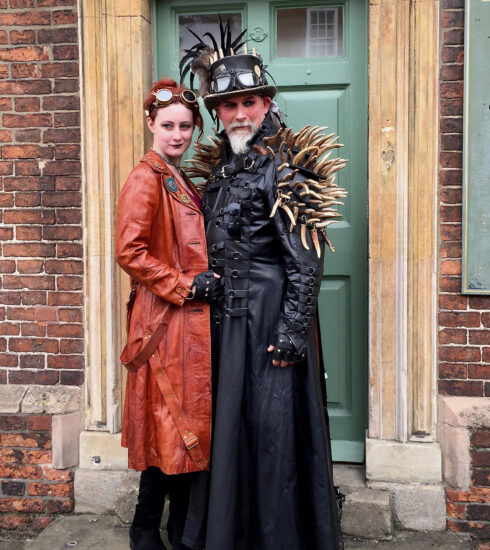 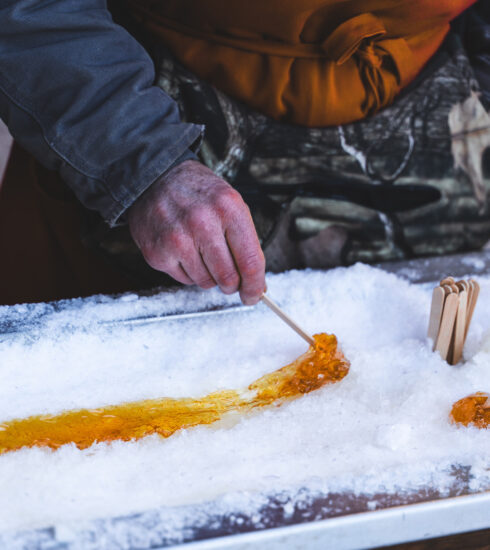